This MATLAB notebook demonstrates how 2D data can be analyzed using spm1d.

Note: Currently spm1d can be used only for non-parametric analysis of 2D data.

The attached dataset represents the average 2D pressure distribution (units: kPa) over the 5 s recorded interval. Each of the 20 observations is saved as a (60 x 32) array of pressure values. While the subject was required to step off the measurement plate between each measurement, thus implying non-constant foot positions with respect to the measurement device’s coordinate system, the attached data have been pre-registered following Oliveira et al. (2010).

The goal of the analyses below is to test the null hypothes of equal pressure distributions in the two tasks.

Importing and visualizing the data¶

The data are saved the “data2d” file and can be imported as follows:

Note that the data are saved in a single 3D array with dimensions (20, 60, 32), implying 20 measurements of (60 x 32) pressure distributions. Individual observations can be visualized like this: 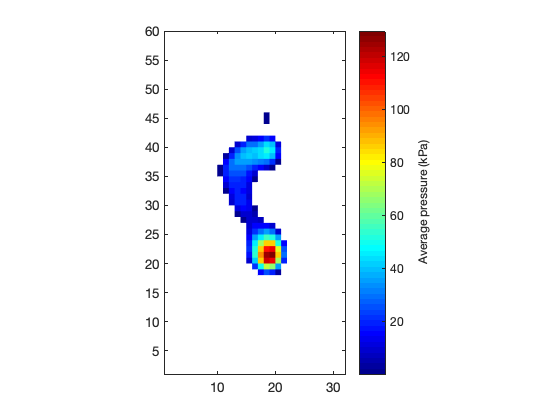 This represents a single observation of backward leaning. All observations can be visualized as follows. 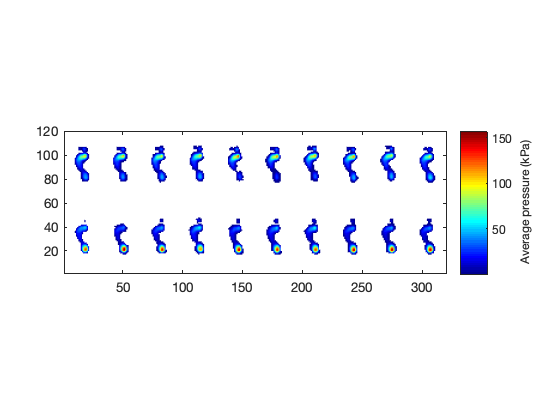 The backward and forward leaning trials are depicted in the top and bottom rows, respectively.

The mean distributions for the two tasks can be computed and visualized as follows: 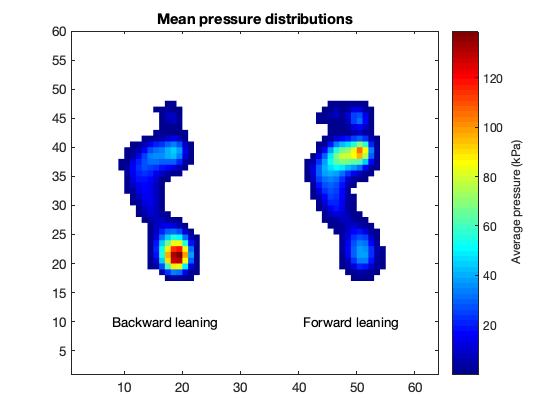 A two-sample t test can be conducted on these data using spm1d as follows.

The data must be flattened so that each observation is a 1D array.

For some types of 2D data, including the pressure distributions above, some nodes can contain zeros for all observations, implying zero variance and thus that test statistic values cannot be computed for these nodes. To avoid this problem it is desireable to remove zero-variance nodes like this:

Here a two-sample t test will be used. Note that the same procedure can be used for any test in spm1d.stats.nonparam.

The spm1d results need to be reverted to the original 2D state for visualization. This can be achieved as follows. 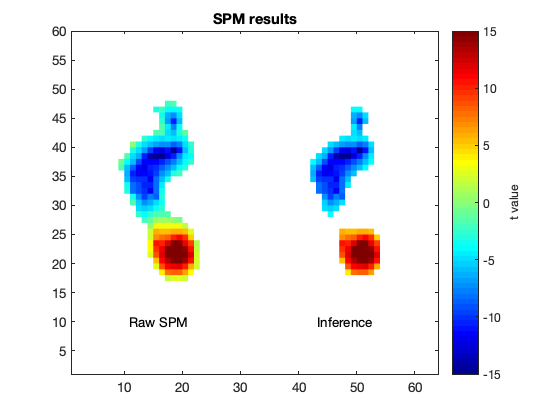 The “Raw SPM” image depicts the t values for all non-zero-variance nodes. The “Inference” image is the same, but is thresholded using the critical test statistic. In this case there are nodes whose t values exceed the critical t value, implying that the null hypothesis is rejected.

spm1d can be used to conduct nonparametric statistical inference on 2D data, but currently only supports hypothesis testing (i.e., critical test statistic calculation) and does not provide cluster-specific p values. Users requiring cluster-specific values can use another SPM packages like SPM12 or nipy.